Birker Fell is an upland wilderness area in the western portion of the Lake District. Rather than being formed of one single high peak, the fell is a broad, undulating area, approximately 6 km square, with numerous crags and prominences scattered across its area. The fell is bordered by the Duddon Valley to the south-east, Ulpha Fell to the south-west, Harter Fell to the north-east, and Eskdale to the north-west.

The northern edge of the fell is marked by a steep range of crags which drop sharply to the floor of Eskdale. These crags are cut by the cascades of Stanley Force and Birker Force, two of the most spectacular waterfalls in the Lake District.

Our walk took us to the top of Birker Force and around the North Western edge of the moor with views back towards the upper Eskdale Valley and Harknott fort. Scaffel Pike (Englands Highest Mountain) was hidden behind the clouds. 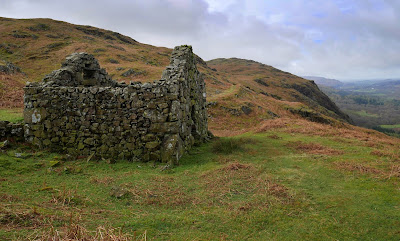 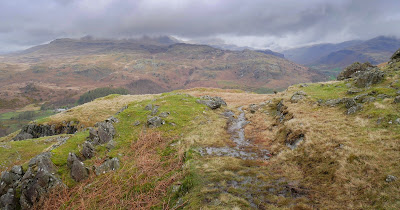 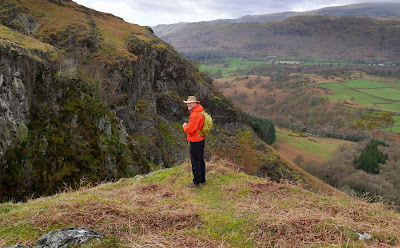 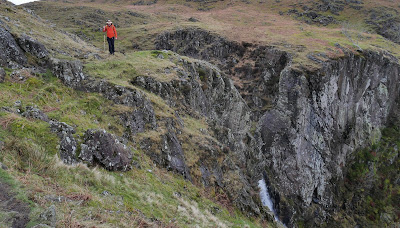 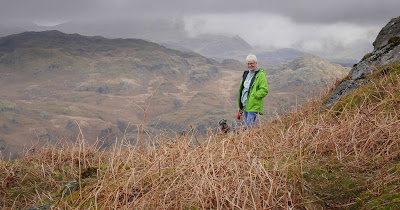 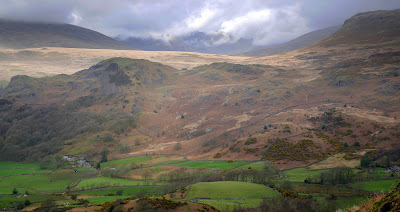 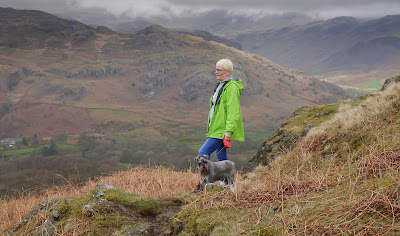 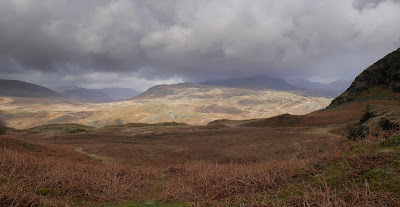 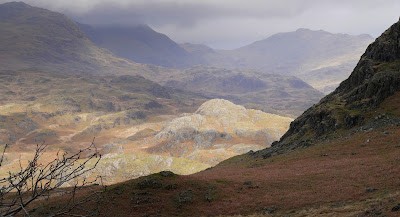 Posted by The Adventures of Skooby Blue at 18:29

The Adventures of Skooby Blue